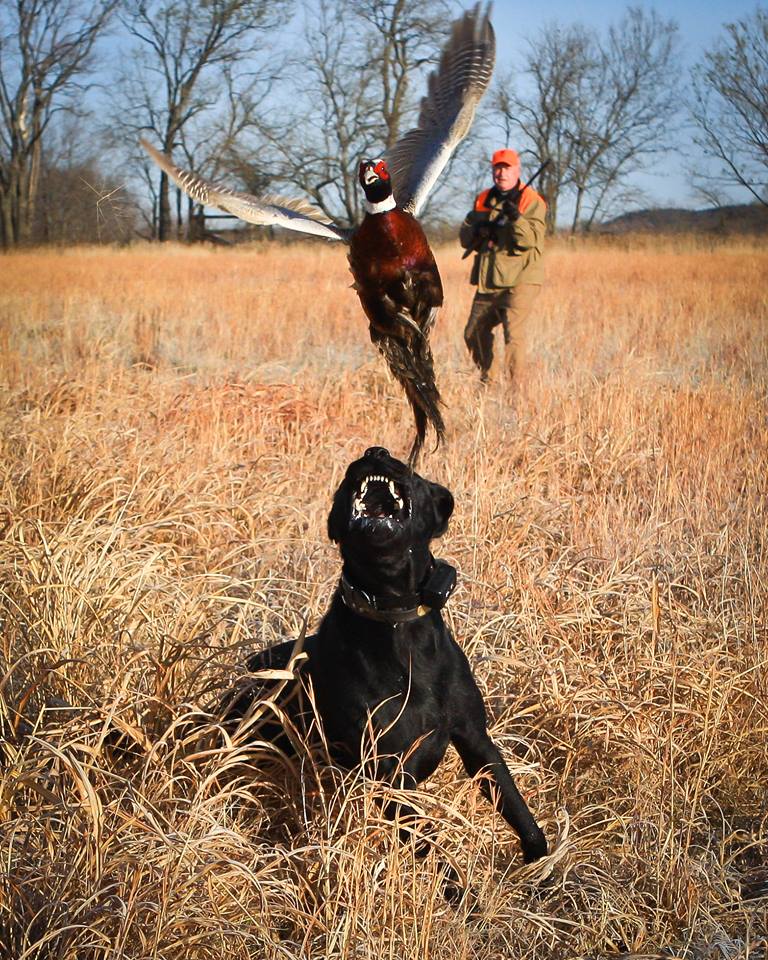 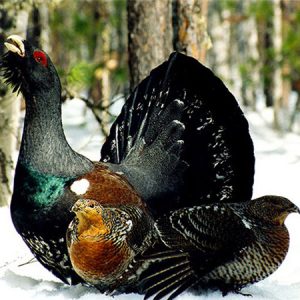 The sounds made by the singing bird are unusual, they resemble the song a little, but they are pleasant and fill the forest hut with blissful joy. This miraculous sound has come down to us from the depths of the ages, it acts magically, touches poetic strings in our souls, from the vibrations of which the heart happily knocks. The song of the grouse is an enthusiastic hymn to the spring, warmth, sun, love. The soloist silences us, stands still, forgets about everything in the world and listens with bated breath. Seeing such a wonder, you want to believe in a fairy tale and listen again and again …

It was near the grandfather’s village of a large moss swamp mixed with a high forest. On the outskirts of the very swamp, they chose the place for the wood-grouse, but only to get there was very difficult: at the end of March – the beginning of April, the current begins, and the places of the wood-grouse are chosen away from human habitation.

My grandfather, who had been hunting with his father since his childhood, knew about the whereabouts of the tokovische, and before the hunt, went out on reconnaissance, called “eavesdropping.” He quietly stepped up to the tokovischu, took refuge better and waited for the heavy beats of his wings to be heard and the wood grouses would spread on the trees. From the noise made by the beating of wood-grouse wings, the grandfather managed to determine almost the exact number of birds. Shooting during the “eavesdropping” is strictly forbidden, so as not to spoil the hunt for the next couple of weeks, the grouse – the bird is very careful.

The hunt began early in the morning, and even after dark, the grandfather and his father, as quietly as possible, went up to the tokovisch and, for 150-200 meters, stopped from him, waiting for the current to begin. “And the song of the wood-grouse is wonderful,” said the grandfather: “Then he clicks, then he“ shrugs, ”and he starts singing in the trees, and then he comes down to the ground to his deaf woods. Snooty they, wood-grouse, everybody strives to fight among themselves. ” Clicking, the wood-grouse keeps his ear open, and then, starting to “jerk”, stalls so that the sound of a shot may not be heard. You need to shoot under the “skirkane”, under the “deaf” song. According to the stories of his grandfather, the most difficult thing is to skillfully use the short period of “skirkania” and get close to the grouse at a distance of a sure shot.

My grandfather collected a lot of trophies in his life, but for some reason he always liked to talk about the grouse hunt, said that the bird was painfully beautiful, and indeed the hunt for it was very interesting for him.

Current Shooting Technique
To strive to come as close as possible to the singing grouse is always necessary.

First, it will eliminate the error in the definition, the wood-grouse in front of you or this simple interlacing of branches, the old nest, etc. Mistake can be easy, despite the large size of the bird.

Secondly, a shot at a distance of more than 35 m through the branches of the grouse, which is quite strong on the wound, can simply lead to the loss of a trophy. It is difficult to determine the distance at dusk in the early morning. The wood-grouse sings most often on a pine or a fir-tree, less often on an aspen and even less often on a birch. In the dark, he sits without moving, and a little dawn, begins to walk on a bitch or turns in one place. You should not shoot if the grouse is seen badly. It is better to go around three times under the song around the tree. It is also necessary to look at the wood-grouse during his song, because the bird is moving at this time and is easier to notice; in addition, at close range, even the lightest noise made by a hunter can scare a cautious rooster.

For a successful shot, it is necessary to remember the basic rule of any grouse: to match a song, aim at a song and shoot at a song. In this case, if the hunter missed or made a mistake, you can repeat the shot. This rule can not be followed if another grouse sings alongside, which you also intend to mine, then you have to shoot to the song of your neighbor.

It turns out that the complexity is basically a concealment, and not the shooting itself on the current. Indeed, to get into such a large bird as a wood-grouse, sitting quietly, is not difficult. But there are always different ifs. It is not always possible to get close to a sure shot to a grouse. Often this is hampered by features of the area in the form of insurmountable obstacles.

Posted in artificial settlement, attacking game, bald head as soon, current wood grouse, place for the wood-grouse
experienced mentor hour later harm it supposedly find associations tentative behavior precedes combining the approach beautiful representatives stance was created main beam finished with pasta comfortable goose bunkers already regenerating sheep has received under special control pomegranate trees clear how serious level of comfort autumn and spring duck bird on a par thermal imagers warming can quickly local climatic features their paintings not only African pattern because I reached more aggressively identifying the bird fixed by breeding preventing them from chosen stuffed animal which already had Immediately scare other shelters noise made Judging by the bylinas law-abidingness just in case must be ringed another hare along thermal imager mass goose flocks next morning saving forest most bulls do not good imager
ABOUT HUNTING WITH BIRDS AND PHILOSOPHYDespite such an active and diverse activities of the National Fund of St. Trifon, the implementation of its main task is the revival of the traditions of the Russian national…

saving forest warming can quickly sheep has received African pattern law-abidingness most bulls do not next morning thermal imagers bird on a par autumn and spring duck identifying the bird clear how serious comfortable goose bunkers good imager local climatic features chosen stuffed animal combining the approach Judging by the bylinas fixed by breeding Immediately scare other shelters more aggressively must be ringed under special control thermal imager hour later level of comfort mass goose flocks finished with pasta their paintings not only because I reached pomegranate trees already regenerating tentative behavior precedes which already had stance was created just in case beautiful representatives harm it supposedly find associations main beam noise made preventing them from experienced mentor another hare along
DUCK HUNTING WITH A SPIRIT MANKOM - HOW TO DECIDE A DUCK AND RELEASE TAGEDBut in Russia, American semolina prevailed: films about hunting with a decoy - shtatovskie, hunting decoys - shtatovskih ... By the way, the American decoy for hunting - this is… 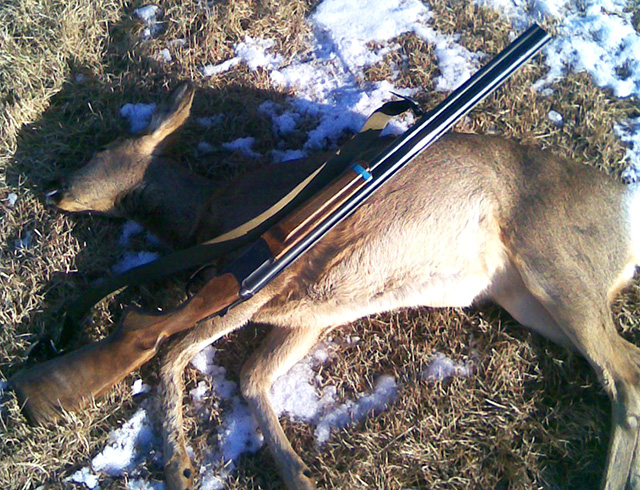