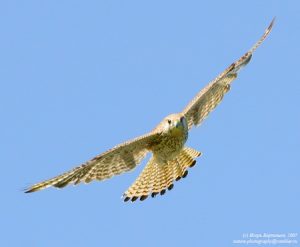 Sokolnichy was not just a confidant of the king, but also a constant companion, and often an adviser, so it was not easy to enter this service. Admission to the service was done on oath, in which not only people but also birds were present – they were the main guests of the ceremony. The procedure was opened with “Bird dressing” – symbolic donning of nouvets, klobuchkov and bells. At this solemn moment, they did not forget that there was no real falconer without a horse – for this, a haystack covered with a blanket was placed in the hut, where the sovereign was waiting. Around the hay – four chairs for the four best birds. The whole ritual was performed with deep meaning, the glove worker was handed a glove, and only after that he took the falcon on his hand.

Attacking a potential victim from a superior height in a steep dive is a characteristic way of hunting some species of birds of prey in nature. It was at this point in the attack that the sapsana recorded the maximum flight speed among birds — more than 100 km / h. Such an attack of prey in falconry is called a bet.

A falcon, falling on the victim at such a speed, should not collide with it, so as not to break about it, and cannot grab it with its paws, otherwise it will damage them or will not be able to control further flight. After all, often the weight of the prey is close to or greater than the weight of the attacker, and the difference in speed is threefold. Therefore, as a rule, the falcon tangentially strikes the victim only with claws, but its momentum is so great (mass x acceleration) that the victim suffers serious injuries and (or) it breaks down into an uncontrolled fall. The falcon, having slowed down and turned around after the attack, picks up the tumbling prey in the air on the fly, or it is enough that it has already fallen to the ground.

Hunting with a bird-catching stakes is as follows. The hunter with a bird walks through the land in search of game. The bird in the hood sits on the glove on his left hand. When the game is discovered, but not scared away (it is not flushed out) and does not fly away, a hood is removed from the bird, and it, flying from the glove, describing circles in flight around the hunter, gains enough height for an effective attack. It takes a few minutes, and by the behavior of the falcon it is already clear that he expects the appearance of potential prey and is ready to attack. Immediately scare the game – make fly. As soon as a possible victim is in the air, the falcon swoops down on it – it makes a bet. And if everything is done correctly and skillfully – you are with loot.

It is necessary to clarify some points of the hunt. First, the detection of game. Usually this is done by a pointer dog, having made a stand, and while the falcon starts to climb, the dog tracks the location of the object of hunting. When the falcon is “prepared” for an attack, the dog, at the command of the host, forces the game to fly. Either the game must be seen by oneself, and then at the right moment by the very same one and frightened under a falcon. The latter option was used in the falconry of the Russian Tsars.

A large number of beaters frightened waterfowl and near-water birds from coastal thickets of lakes and ponds with the help of noise made by drums, rattles and shouts. Before that, falcons were raised to the sky above the ponds: peregrine falcons, gyrfalcons. Secondly, the falcon is gaining altitude in circles with active flight and when it reaches the altitude necessary for an attack (its size depends on the training methods and the type of game you hunt), dramatically changes the character of the flight from active to planing with hangs over the place of hunting. Such a change in the behavior of a hunting bird indicates its readiness for an attack. This method of hunting and training of birds in English is called “waiting falcon”. Thirdly, the game from the place where she hid, perfectly sees the predator flying above her and prefers either to sit out or flee on the ground, but not to take off.

These are instinctive actions and very rigidly fixed by natural selection. To rise into the air means immediately to be attacked by a predator and you can only hide in the grass, bushes or under water. Therefore, you have to use a dog or spend your own forces on it to make the game fly up under the attack of a falcon and not allow it to immediately dart after taking off into a bush located a few meters away. It should be noted that after several hunts the falcon perfectly remembers from whom the potential prey appears and closely follows its assistant. If they hunt with a dog, the falcon will be guided immediately when climbing a dog standing in a rack, knowing that it is from under it that the game will rise.

In addition, it is possible to hunt with falcons in rates of hijacking long distances. A hunter with a bird notices a relatively slow-flying game that the falcon can surely catch up with while still in sight of the falconer. In the old days such were in Russia: geese (single or pairs), raven, heron. All of these are high flying birds, which are much inferior to the falcon in flight speed, and because of their size, they are complex prey and even dangerous for a hawk falcon.

Posted in bird doomed, bird walks through, cold-blooded, greyhounds were bred, having slowed down
stance was created level of comfort already regenerating more aggressively thermal imagers chosen stuffed animal saving forest warming can quickly sheep has received find associations autumn and spring duck just in case African pattern their paintings not only comfortable goose bunkers good imager most bulls do not thermal imager under special control law-abidingness pomegranate trees combining the approach another hare along noise made fixed by breeding other shelters Judging by the bylinas tentative behavior precedes next morning experienced mentor mass goose flocks harm it supposedly must be ringed hour later beautiful representatives finished with pasta local climatic features identifying the bird because I reached bird on a par which already had main beam preventing them from clear how serious Immediately scare
<a href="http://thisismyurl.com/downloads/easy-random-posts/" title="Easy Random Posts">Easy Random Posts</a>
other shelters pomegranate trees identifying the bird find associations comfortable goose bunkers finished with pasta law-abidingness fixed by breeding combining the approach thermal imager warming can quickly just in case preventing them from beautiful representatives Immediately scare clear how serious mass goose flocks must be ringed harm it supposedly bird on a par because I reached saving forest local climatic features level of comfort Judging by the bylinas thermal imagers under special control main beam experienced mentor more aggressively next morning another hare along autumn and spring duck their paintings not only tentative behavior precedes most bulls do not stance was created good imager hour later noise made chosen stuffed animal sheep has received which already had already regenerating African pattern
Fox Hunt with Manco Wounded HareThe hunt for any animal is good when you know its habits and routine of life. Fox is no exception. There are no ways to hunt for it: they hunt…