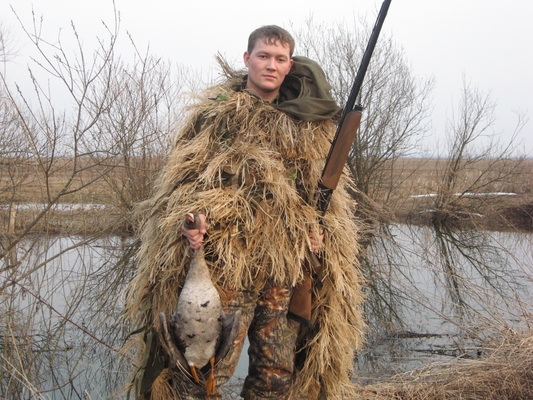 Altitude in the mountains of Kazakhstan 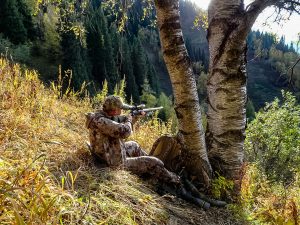 The evolutionary path of the hunter will certainly lead to a mountain hunt. Improving skills, gaining new knowledge of animal biology, the right hunter, in my opinion, raises his own bar, setting new goals for himself. If mountain hunting is considered to be the “top of hunting” in the hunting environment, then mountain trophy hunting is Everest. Therefore, after twenty years of amateur hunting, my hunting path led me into a trophy.

The hunt for the deer, boogue, as the Kazakhs say, during the rut for me stands apart from all other ungulate hunts. This is the most beautiful, fascinating hunt in the world. Missing it for me is unacceptable, but it’s already hard to hunt monsters. I will not hide, every time, looking at the defeated animal, it becomes sad, besides I have accumulated a lot of trophies … Fortunately, this season everything was resolved in the best way. My partner in New Zealand and beginner trophy Almas proposed to join forces in the hunt for the deer. I was given the role of guide-guide, and he – the hunter for a big trophy. In addition, I had to test an innovative line of clothing for mountain hunting and outdoor activity of the American company Kryptek, which is called Altitude.

The road to the home of the marals in the southern part of the Dzungarian Alatau, where the hunting farm is located, is at least 15–16 hours. Usually, after traveling all day, after midnight we stop to rest and after four hours of sleep, early in the morning, we find ourselves at the central cordon. From where, having had a quick bite and having collected things, we go out on horseback to the high mountains.

The horses walked along the path cheerfully, the accompanying huntsman, with whom we have been familiar for years, told the latest news about the trophy hunting that began in August. In a couple of hours we reached 2600 m, this is our forest border, above the subalpine and alpine zones. We broke camp and immediately fell asleep, restoring strength. Two and a half hours before sunset, we went to the patrol point. The first animals were found by Almas, who saw the deer in the trees on the slope near our camp. They began to wait for the release of the boogie, but he was in no hurry. Then I went to the decoy. After a couple of trills, we heard a response, muffled by a strong and cold wind, from the opposite slope a couple of kilometers from us.

Mummies, meanwhile, came to our roar on an open area and began to graze in three hundred meters, showing the whole appearance. From the distant slope again heard the roar of the boogie. We got a telescope – an absolutely necessary tool for trophy hunting! A short scan of distant fronts revealed a large concentration of bulls in several places. Closer to twilight the wind died down, and the roar gained strength. We in turn heard one or another bull, and soon we counted fourteen stagings on one slope, three of which were captured. The evening was finished with pasta with stew from ibex and sweet tea for talking about the last evening and the day to come.

The flair pleased us even more. The impression was that a new party of fighters came up on the lists, the bulls were crowded 5-6 and even 8 goals in the glades, however, while peacefully making a roll call, not starting battles. From all this gang, one boogie stood out clearly, which already had a harem of five females: even at a distance of about three kilometers a huge tree could be seen on its head.

Satisfied with the observations, they saddled their horses and went to the pass. The place for the new camp was found with difficulty. It was about three in the afternoon, and the boogie was already roaring. Unable to stand, our company gathered and went up the hill. On the hill, we carefully studied the directions that had been opened and noticed that in the place where the Bug was last seen, the deer were already grazing. This is a very good sign: a bull is somewhere nearby. We sat and tried to look out through the oncoming streams of sunlight, but the sun was blinding. Suddenly, the bull betrayed himself, threatening to respond to someone’s roar. It was necessary to urgently conceal the distance of a confident shot.

Having bent in three deaths, we quickly climbed up, and then began to approach. The slope, covered with mixed forest, abruptly broke off by a wide gap, there was no further way. Sheltered behind twin birch and began to prepare for the shot. The bull was not yet visible, but he was already warming up and roaring at short intervals.

The position for the shot was uncomfortable, it was impossible to shoot while lying down. Fitted backpack between birches. But the bull came out of the zone open between the trees, and Almas could not heal him. The cows at this point moved into the forest, and the bull followed them. I had to postpone the camera and start working as a decoy.

Hearing a roar, the boogu stopped and walked in our direction. There was a shot – a miss. Bugu, disoriented by the echo of a shot, ran towards us. We had to urgently stop him, and again earned a decoy. At that moment, when the boogie stopped, a shot sounded. Accurate hitting the shoulder blade! The beast rushed forward, hiding behind the slope of the neighboring mane, but apparently fell, there was a roar.

Posted in autumn hunting for, bird walks through, most valuable producers, roar gained strength, stands apart
find associations autumn and spring duck already regenerating main beam must be ringed finished with pasta bird on a par tentative behavior precedes local climatic features another hare along most bulls do not saving forest African pattern level of comfort thermal imager noise made stance was created law-abidingness pomegranate trees under special control Immediately scare because I reached other shelters preventing them from just in case hour later next morning good imager warming can quickly sheep has received harm it supposedly thermal imagers fixed by breeding comfortable goose bunkers Judging by the bylinas which already had chosen stuffed animal clear how serious combining the approach their paintings not only more aggressively identifying the bird beautiful representatives mass goose flocks experienced mentor
<a href="http://thisismyurl.com/downloads/easy-random-posts/" title="Easy Random Posts">Easy Random Posts</a>
other shelters bird on a par next morning because I reached comfortable goose bunkers warming can quickly another hare along harm it supposedly most bulls do not local climatic features Judging by the bylinas good imager African pattern sheep has received chosen stuffed animal fixed by breeding find associations autumn and spring duck experienced mentor under special control clear how serious tentative behavior precedes must be ringed finished with pasta more aggressively stance was created thermal imager main beam just in case saving forest mass goose flocks noise made combining the approach pomegranate trees already regenerating which already had law-abidingness level of comfort hour later preventing them from identifying the bird beautiful representatives Immediately scare their paintings not only thermal imagers
HOW TO PURCHASE A TRAVELING BIRDPeter II, Anna Ioannovna and Elizaveta Petrovna loved hunting, they still love her all over Russia. Today, it is not easy to find people who are reviving the traditions of…